Avi applies the most rigorous application of Elliott wave and Fibonacci analysis that I have seen. Add to that the invention of Fibonacci Pinball, a simple and elegant Fibonacci extension theory that I haven’t seen anywhere else. It provides an almost eerie sense of direction once a second wave is identified. – ChillyD
I’ve been an equity analyst for almost ten years but that can’t compare to how well your fib pinball works. – HenryAdam
The accuracy of your Fib pinball method is just mind blowing! I have been using it for a while now and still shake my head in disbelief each and every time the market turns right on these levels. – Mick
Fibonacci Pinball is one of the most profound discoveries in EW analysis, as well as one of the most useful practical tools… there is simply no better system of applying EW analysis, period. It is that good. There is no sentient life form or computer software that could explain this chart pattern without using Avi’s Fibonacci Pinball! – RoyPrasad
In fact, it was due to our Fibonacci Pinball methodology that I was able to turn quite bullish as we were hitting the lows in the 2200SPX region last March, and expected us to rally to 4000+, with an ideal target of 6000. And, this was at a time of extreme fear in the market, when most were quite certain that we had begun a long-term bear market.
So, let’s generally outline where our Fibonacci Pinball method of Elliott Wave analysis views us within the market trend today.
First, I want to remind you that the larger trend within the bull market off the March 2009 low is still well intact, and my ideal target for a major market top is in the 6000SPX region. So, while I will now discuss the very small degree analysis, please make sure you understand it is within the context of a much larger bull market trend which I expect to take us higher well into 2022.
As I outlined to the members of The Market Pinball Wizard last week, as long as the market holds the 4287SPX support, then our next target is the 4385-4440SPX region. That was presented in these charts I provided to our members at the time:

As we know, we struck a low of 4289SPX on that last pullback, and began a rally which topped out at the 4392SPX level this past week.
As we approached the 4380/90 region, I then outlined that I expected a pullback from that region. And, that is the pullback we were experiencing for the last half of this past week.
That was presented in this chart I provided to our members earlier this past week:

For now, as long as the market holds over the 4310-30SPX support region, I am looking for a rally to take us towards the 4500SPX region next.
However, should we break below 4310SPX, and follow-through below 4289SPX, then I think the market can be capped at 4390-4440SPX this summer and I think we can see a pullback towards the 4165SPX region later this summer before we begin the next major rally into the end of this year. So, what a break of 4289SPX does is push off the rally to 4500+ until later this year.
Lastly, I want to remind you that we provide our perspective by ranking probabilistic market movements based upon the structure of the market price action. And, if we maintain a certain primary perspective as to how the market will move next, and the market breaks that pattern, it clearly tells us that we were wrong in our initial assessment. But here is the most important part of the analysis: We also provide you with an alternative perspective at the same time we provide you with our primary expectation, and let you know when to adopt that alternative perspective before it happens.
As I have said many times before, this is no different than if an army general were to draw up his primary battle plans, and, at the same time, also draws up a contingency plan in the event that his initial battle plans do not work in his favor. It is simply the manner in which the general prepares for battle. We prepare for market battle in the same manner.
So, while I will never be able to tell you with certainty how the market will move in the coming weeks, months, and years, I present you with enough information to know where my primary perspective is wrong so that you can adjust in order to take account for the alternative situation. And, until such time that the market proves our primary perspective is wrong, we will continue to follow our primary perspective, which at this time is pointing us to much higher levels in the coming years.
By now, I hope you recognize the difference in our analysis approach, other than the accuracy thereof. We strive to view the market, and utilize our mathematically based methodology, in the most objective fashion as possible, no matter how crazy it may sound. Moreover, it provides us with objective levels for targets and invalidation. So when we are wrong in the minority of circumstances, we are able to adjust our course rather quickly, rather than fighting the market like many others you may read.
So, while I hope I am helping many of you in maintaining an objective perspective within this non-linear environment we call the stock market, I want to wish you all well in your future trading and investment endeavors. As of now, I maintain my long-held expectation to see the market in the 6000SPX region in the coming years, of course, unless the market tells us otherwise. And, thus far, it has provided us rather clear and accurate guidance.
If you would like notifications as to when my new articles are published, please hit the button at the bottom of the page to “Follow” me.
THE #1 SERVICE FOR MARKET & METALS DIRECTION! 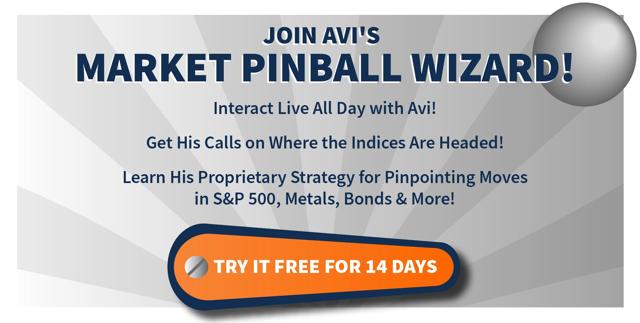 “I manage about $100m, been in the business for about 28 years. . . it seems for every dollar I spend here, I make about 10,000%” (misterk)
“This is almost as good as printing money…..These guys are AMAZING” (monkeyboy)
“Coming here was transformative” (Defyant)
“I am very impressed by one technical Elliott Wave analyst – Avi Gilburt” (Willem Middelkoop, Founder-Commodity Discovery Fund)
“I know I fought this.. but damn it works . . . My accounts are killing it.. returns I did not think possible.” (Bigdaddytuna)