JACKSONVILLE, Fla. — A year ago, the Jacksonville Jaguars had one of the most desirable head-coaching openings in the NFL. With the guarantee of getting the No. 1 overall pick, which was obviously going to be quarterback Trevor Lawrence, and gobs of salary-cap space, it would have been hard to find someone who didn’t want the job.
Now, the Jaguars can’t seem to find someone who does.
It has been 47 days since owner Shad Khan fired coach Urban Meyer and 33 days since the first interview took place, but the Jaguars are still searching for a coach. They’ve interviewed 10 candidates, including former Las Vegas Raiders interim head coach Rich Bisaccia on Monday, and Doug Pederson is reportedly getting a second interview on Tuesday, per an NFL Network report.
The search could last another two weeks, too, because of the team’s interest in Los Angeles Rams offensive coordinator Kevin O’Connell. The Jaguars can’t officially talk to him about the job until the day after the Super Bowl (Feb. 13) because they did not speak with him during the divisional playoff week. So, in theory, the Jaguars could go 60-plus days between head coaches.

• Rankings: Kiper » | McShay »
• Kiper’s debut 2022 mock draft »
• McShay’s opening 2022 mock draft »
• Meet the QBs in the 2022 class »
• Draft order: Top 24 picks set »
• More coverage » | Full rankings »
There’s doing due diligence and taking the time to make the best decision possible, and then there’s … whatever is happening in Jacksonville.
The Jaguars interviewed Pederson on Dec. 30 and over the next 16 days interviewed Todd Bowles, Jim Caldwell, Kellen Moore, Byron Leftwich, Darrell Bevell, Bill O’Brien, Nathaniel Hackett and Matt Eberflus. They brought Eberflus in for a second interview on Jan. 20 and Leftwich for a second interview on Jan. 25. Leftwich had emerged as the fan favorite and appeared to be the front-runner to land the job.
Multiple reports surfaced early last week that Leftwich and the Jaguars were negotiating a deal, and another report later in the week said the Jaguars were close to hiring Leftwich and Arizona Cardinals vice president of pro scouting Adrian Wilson to be the team’s general manager.
The problem with the second report: Trent Baalke is the team’s GM, and until Khan fires Baalke, the Jaguars can’t interview anyone for that position. The NFL’s Rooney Rule also requires teams to interview at least two minority external candidates for a GM role. A week later, Baalke is still the Jaguars’ GM and there are no indications that Khan intends to fire him.
That, according to sources and multiple reports, has been a big impediment in the Jaguars’ coaching search. There have been reports that Baalke had behind-the-scenes issues during his time with the San Francisco 49ers when he worked with head coaches Jim Harbaugh, Jim Tomsula and Chip Kelly, and Baalke reportedly doesn’t have a great reputation in league circles. Sources say Hackett and Leftwich — who along with Eberflus were finalists — were leery of taking the job with Baalke in place, though there were advanced discussions with Leftwich.
Once those broke down, however, the Jaguars had to audible, which precipitated the interest in O’Connell and Bisaccia. There are other viable candidates available to interview immediately as well, including San Francisco defensive coordinator DeMeco Ryans, Kansas City Chiefs offensive coordinator Eric Bieniemy (who interviewed with the Jaguars last year) and former Miami Dolphins coach Brian Flores, for example.
O’Connell was with Baalke in San Francisco for one season (2016) when he was in charge of special projects. Bisaccia, the Raiders’ special teams coordinator, took over when Jon Gruden resigned and helped lead Las Vegas to the playoffs.
O’Connell has a lot of interest from other teams, however. He interviewed with the Houston Texans on Monday and is supposed to have a second interview with Minnesota this week, so he could be out of contention before the Jaguars even get a chance to officially talk to him. 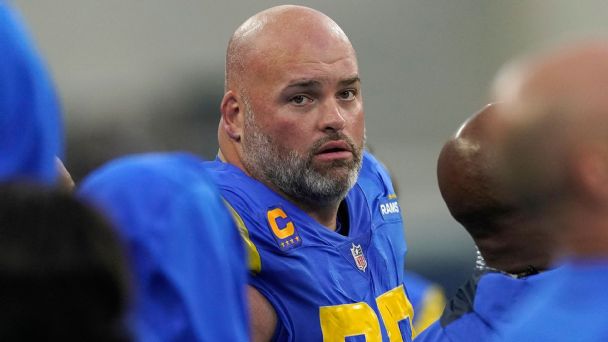 &#8226 Reunion awaits Whitworth in Super Bowl
&#8226 A Simulated look at starting QB changes
&#8226 Cowboys should copy Rams’ formula
&#8226 Polian: Lot of work ahead for Bears
&#8226 What’s next for 49ers, Jimmy G?
For fans, that is the most frustrating thing about the search. It could have ended last week or even sooner had Khan made a clean sweep at the end of the season and focused on hiring a general manager and letting the GM either hire the head coach or have significant input — the way the Bears, Vikings and Giants did.
The Jaguars had a two-week head start in their coaching search on every team but the Raiders (who hired Josh McDaniels on Monday), yet they are still scheduling first interviews with candidates. Now they’re circling back to Pederson, who wasn’t among their three finalists.
Thorough searches don’t have to take a long time. Chicago interviewed 13 general manager candidates and 10 head-coaching candidates in 14 days before settling on GM Ryan Poles and Eberflus. The Bears hired Poles on Jan. 25, and he settled on Eberflus two days later. The Denver Broncos interviewed 10 head-coaching candidates in nine days, and three times they interviewed multiple candidates on the same day, before settling on Hackett.
The Jaguars’ job should again be one of the most desirable for the same reasons it was last season, especially with even more salary-cap space available. Instead, the search stretches into its second month, and fans, players and the rest of the league are left to wonder: What, exactly, is going on?